INTRODUCTION
I will say upfront that I have a biased opinion of HGTV.  As a professional, I believe that the character and content of the programs aired on this network have somewhat poisoned the general public's view of interior designers.  "Poisoned" as in given a false impression, whether positive or negative.  With the economy at its worst, it seems ridiculous that legitimate and qualified interior designers may be losing business due to select programs on Home and Garden Television.  The amateur designs presented on HGTV and the constant pitching of do-it-yourself cannot possibly help business for interior designers that are already struggling within this economy.  Many who otherwise might have employed a professional are now being indirectly encouraged to refrain from that.  Admittedly, there are some programs that are more positively influential than others.  In this post, I am critiquing a number of HGTV programs (some currently on the air, some not) that reflect positively on the industry, and some that reflect negatively.  Part 1 is covering what I consider to be the NEGATIVE side. This is based on professional opinion, not personal taste.

DESIGN ON A DIME
I wrote a recent blog on this series alone.  Long story short, Design on a Dime gives the public a cheap and unrealistic view of designers.  It discredits the profession with cheap methods, and frankly very weak designs.  Check out the full article on this for more info:
http://judyolsoninteriors.blogspot.com/2012/08/design-on-dime-professional-view.html

I was truly appalled the first time I watched this show.  “HammerHeads” features a team of three contractors that work together to remodel/renovate a space.  This show is a prime example of gung-ho contractors claiming to override the need for a professional designer.  They glamorize demolition, and seem to be very spontaneous in their design decisions.  This spontaneity regretfully is at the expense of the homeowner.  I was horrified at their combination of cobalt blue upper cabinets with dull grey base cabinets, and a blue ceiling.  Not to mention the rustic salvaged hardwood table that while beautiful by itself, ruthlessly clashed with the semi-contemporary whimsy of the ridiculous blue and grey cabinets.  It was truly traumatic to watch, and I believe it would be so for any legitimate interior designer.  It is saddening to me that the consumer may be less likely to invest in a professional designer, merely due to the tacky whims of some contractor/TV host.

This series was cancelled in 2008.  In my article for “Design on a Dime” I had expressed the view that Trading Spaces started out ok, with decent designers such as Genevieve Gorder, Vern Yip, and Laurie Smith.  Even with a $1,000 budget, these designers seemed to consistently do a good job.  The other “designers” that worked on the show seemed to have no education whatsoever, and no sense of quality.  Of course with $1,000 to redecorate a room, the actual quality of furnishings is not high end.  However, a talented and resourceful interior designer will be able to produce the overall IMPRESSION of high quality.  Generally speaking, the designs produced on Trading Spaces gave qualified interior designers a bad name (at least in the eyes of HGTV viewers, which reaches many thousands of people all over the world).  We are not cheesy, cheap, garage sale dependent amateurs.  We represent high quality in function, aesthetics, and (depending on the design firm) budget compatibility!

Design Star is essentially the interior design version of American Idol.  Three judges, and several contestants, most of which have little to no talent.  I have yet to see a really good quality design on this show.  The designers being tested seem to be given every opportunity to deliver a beautiful quality design on their various projects/tests, but somehow do not manage to deliver.  Time restraints and budget aside, the difficulty level for these so-called “designers” does not seem that high.  They seem to overthink and instead of thinking outside the box, they PLUNGE outside the box in a very clumsy manner.  “Thinking outside the box” is one of the common challenges presented to the competitors.  Unfortunately it can be very easy to crash and burn at this.  I recall one episode where one of the competitors decided, on a whim, to paint a small bathroom a bold cobalt blue.  The room ended up dark blue from floor to ceiling.  Even the other competitors recognized this as a disaster.

I think that the contestants need to stop and consider the “Less is more” philosophy.  Some of the best designers in the world religiously use the “Less is more” approach (whether consciously or sub-consciously).  Globally recognized designers such as Vera Wang, Ralph Lauren, and Calvin Klein are famous for their SIMPLE, elegant, and timeless work.  Design Star compositions, to me, tend to have a quality similar to Design on a Dime and Trading Spaces:  cheap looking and more reminiscent of a 3-year-old’s arts and crafts project than anything else.  Some may argue “When the budget is so tiny, what can you really expect?”  I say “A lot, depending on the designer”.  A truly talented interior designer will be able to work within the budget, big or tiny.  Granted, an outdated oversized LaZboy sofa in dark blue is hard to work around, but there is always a WAY.  The trick is to bring the focus AWAY from the sofa by using such elements as a unique area rug, or a bold feature wall, or perhaps some modern wall art.  It is indeed a challenge, but one that can easily be overcome by a fabulous designer.

Based on what I have seen of these contestants, that “fabulous designer” has yet to be discovered.  The first season of Design Star yielded David Bromstad, who I’ll admit has a definite flair for decorating, and a fantastic personality that enables him to be a great host.  However, the quality I have seen in his designs still seems to be somewhat adolescent.  He tends to flaunt very modern and hip designs.  Modern and hip is great, but it’s not for everyone.  From a talented designer I expect a bit more diversity, and evidence that they can reflect more of the client’s style, and not their own.  His designs seem to have gotten better over time, but he now has a number of assistants on his show.  The design produced may not be entirely his doing.  In a nutshell, like many other shows on HGTV, I believe that Design Star gives viewers a very poor idea of what they should expect from a qualified designer. 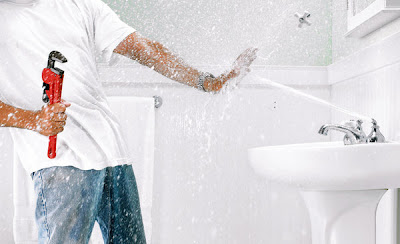 "Design On A Dime" - A Professional View

HGTV series, "Design on a Dime", brings new meaning to the saying “you get what you pay for”.  “Design on a Dime” features 3 “designers” who must makeover a room for up to $1,000.  I appreciate the price savvy premise of the show, however the quality of the designs is ritualistically poor.  It is true that you don’t need to have a million dollars to have a million dollar look, but the “designers” cast in this program are missing the boat.

The producers basically find a bunch of very personable hosts—one who can coordinate colors (sort of), one who can sew, and another that knows how to use a saw.  The hosts end up more so as contractors than designers because it is allegedly themselves that are doing the work.  So while the budget in the room may be $1,000, the cost of labor alone with multiple specialty contractors in the real world would probably be closer to $4,000.  Those who send in requests to have their home appear on the show get an advantage by having ZERO cost for labor, but there is also a drawback.  They are obligated to like whatever design the show wants to dish out, whether it suits their needs and tastes or not.  This is what makes this show pure fiction.

I have been appalled at some of the creative yet tacky and cheap measures taken to execute these designs.   One that sticks in my mind is the pillow made out of placemats.  Or the coffee table that is merely a plywood sheet with some legs attached.  I am saddened that every episode seems to end with a client having cobalt blue walls and orange pillows, or 70’s disco style living room that looks like it would be more appropriate for a teenager’s game room.  They say “don’t be afraid of color”.  Well I am afraid, very afraid, of THEIR use of color.  I see this show and am afraid for the client, and the disaster that will become their room.

Now that I have dished out the criticism, I am going to share what I believe would be the solution to the problem.  First off, I would suggest to the producers that they seek out some “qualified interior designers” and some qualified general contractors.  “Trading Spaces” which is a very similar show, had a better approach to this concept.  The budget was the same, but each party was designated one “designer”.  Unfortunately, the homeowners have to engage in some of the labor. However, for building those tables, or changing electrical (more complicated tasks), they had a general contractor on staff as part of the show.  The building, sawing, and installing of certain pieces was put in more capable hands.  Still, the show is fictional in that there would be thousands of dollars being spent on labor alone, even with just the two professionals.  But at least the projects seemed to come out a little nicer.

Early on in the series, the network (now TLC) employed some “designers” that seemed to have decent taste.  Over time though, they brought on different “designers” that didn’t have any clue about taste whatsoever.  There emerged more of the uncomfortable particle board sofas and other disastrous unrealistic attempts at furniture and décor.  Some of the shows ended up with the homeowners actually expressing their severe dislike of the results.  This is where the show went downhill.  I recognize two “designers” from Trading Spaces to have good taste:  Vern Yip and Genevieve Gorder.  They both have their own shows now, and do a reasonable job with creating nice designs on a budget.

It may be difficult for producers to determine who is qualified and who is not.  Furthermore, “good taste” is relative.  My article “What is a qualified designer?” explains this in more detail.  Since the show is fiction anyway, why not have professionals that actually do a good job?  “Design on a dime” is giving legitimate interior designers a bad name!  I notice how the narrator on the show always introduces the hosts with the title of “Designer”.  Anyone in the world can legally claim to be a “designer”.  They need no education, talent, or credentials of any sort.  All they need are misguided clients that are willing to pay.  The consumer is assuming that “designers” and “interior designers” are one in the same.  This is UNTRUE!

I harbor some resentment against HGTV for mis-leading the public, and basically robbing me, and the thousands of legitimate interior designers out there, of potential clients.  Again though, when I see this show, my first thought is:  “Oh that poor client has no idea what they are in for”.  It is not just the interior design profession that falls victim, but also the clients.  As a professional, I feel it is my duty to help homeowners see the truth, and ultimately what will truly be best for their home.  It breaks my heart when I see costly DIYer mistakes inspired by the media.  HGTV does have SOME shows that are more realistic than others, but the consumer is still being mis-guided.  I will be posting an article shortly elaborating on such shows and the pros and cons of each.  Stay tuned, and thank you for reading!

I appreciate any feedback.  Feel free to ask questions, or share thoughts on my posts.  :)
Posted by JOI at 10:19 PM No comments: